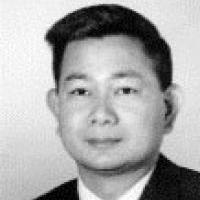 Thana Bisalputra passed away peacefully on June 13, 2009 in Surrey, British Columbia. He is survived by his brother, Thanit; his sister, Rasana; his sons Danai (and wife Angela) and Rabin; grandson, Jonathan; ex-wife, Alice-Ann; and several nieces and nephews in Thailand. Dr. Bisalputra was born January 6, 1930 in Thonburi, Thailand, the youngest of seven children.

He attended University of New England in Armidale, Australia, earning a B.Sc. (Hons.) degree in 1958 and a Master's degree in biology in 1960. He then moved to the University of California, Davis to work with Professor Katherine Esau. When she moved
to Santa Barbara, he completed his Ph.D. under the supervision of Professor T.E. Weier. His thesis work provided him with training in electron microscopy, which was considered the ‘thing of the future’. While at Davis, his fellow students included Jack Maze and Alice-Ann Webb. In 1964 he moved to Vancouver where he was persuaded to join the Botany department of the University of British Columbia by Dr. Robert F. Scagel, instead of taking up a post-doctoral fellowship at the Scripps Institute in California. Colleague Jack Maze remembers, “Dr. Bisalputra was hired to establish a program in electron microscopy and modern cytology. In that context he was the first person hired who made use of the more recently developed techniques and ideas. He was exceptional at both the technical and interpretive aspects of cytology.” Three years after his appointment, Dr.
Bisalputra was promoted to Associate Professor. His research area was algal cell structure but he had broad interests in Cell Biology including studies of cell structure in vascular plants and animals. Dr. Bisalputra renewed his connection with Australia with a sabbatical year in 1972 at Australian National University in Canberra. Over the years, he published papers with his colleagues at UBC including J.R. Stein, F.J.R. Taylor, R.J. Bandoni and G.N.H. Towers. He also had a long and productive collaboration with N.J. Antia, of the Fisheries Research Board in West Vancouver. Dr. Bisalputra taught Introduction to Cytology (Biology 200) to class sizes of 90 students. Dr. Bisalputra also taught an advanced Cell Biology class, Biology 340, which was an intensive and stimulating synthesis of animal, protist, fungal and plant cell biology. In 1975, Dr. Bisalputra was promoted to Full Professor and he retired in 1989.

Dr. Bisalputra enjoyed photography and carpentry as pastimes. Although he loved the beauty of the west coast, he also missed his native Thailand. The family would like to express its deepest appreciation for all the caregivers at Morgan Place Care Facility, Langley Memorial Hospital, and Peace Arch Hospital who eased his burdens in the last years of his life.