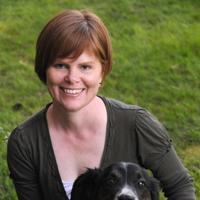 I am a plant evolutionary biologist with interests that span the areas of population genetics, phylogenetics and speciation. For me, questions surrounding the nature of plant species are boundlessly interesting – How do populations of a species, scattered across hundreds or thousands of kilometers, maintain their genetic and evolutionary integrity? How do factors such as changes in chromosome numbers and breeding system influence the ecological and genetic interactions of populations that differ in these traits? How does natural selection influence the divergence of populations and groups of populations when gene flow still occurs between diverging units? These are just a few of the questions that fuel my research interests.

Research in my lab takes a variety of approaches from comparative to experimental, from the level of populations, through the study of whole genera. I believe that taking a broad approach and using multiple study systems is both satisfying for my students and me, and allows for broader insights into the evolutionary process. Finding common threads and points of difference in the stories of diversification of multiple groups reminds us that understanding evolution involves both the search for generalities and an appreciation of individual stories.

Polyploidy and Apomixis in Crepis and Townsendia

My research group studies multiple systems in the sunflower family (Asteraceae). Each system possesses some shared and some unique characteristics that allow us to undertake complementary studies of specific processes. In particular, the family holds many examples of polyploid asexual (agamic) complexes, and numerous edaphic specialists that are a key focus of my research program.

Townsendia is a Rocky Mountain genus of roughly 30 taxa in the Astereae. The 1957 monograph of the genus by John Beaman described the group’s diversity, characterizing ploidy and breeding system variation and laying the foundation for further studies. The genus is highly charismatic (cutest plants ever!), including a number of diminutive forms that are easily overlooked, along with some more conspicuous members. Two features of the complex are of special interest to our research. First, Townsendia includes at least 13 species with both diploid sexual and polyploidy asexual populations. Our research has focused on understanding the origins of asexual polyploids, so far focusing mostly on one species, Townsendia hookeri.

Former graduate student Stacey Thompson focused on, Townsendia hookeri. This species includes sexual diploid and asexual polyploid populations. This species ranges from the foothills of Colorado, northward to Jasper NP in Alberta. Disjunct northern populations also occur in the Yukon and Alaska. Sexual diploids are restricted to unglaciated regions of Colorado and adjacent Wyoming, or the Yukon. Only polyploid asexuals occupy previously glaciated regions. Stacey’s work showed that polyploids originated at least four times in this system, and also characterized ploidy levels and reproductive mode in a large number of populations, from Colorado to Yukon (Thompson and Whitton 2006). Stacey also characterized breeding patterns and patterns of diversity in Yukon populations, which include sexuality and apomixis (Thompson et al. 2008).

A key focus of ongoing research on T. hookeri will be to understand what governs this distribution. Are asexuals successful in previously glaciated areas because they are better colonizers (it only takes one seed to establish an asexual population), or do diploids and polyploids differ in ecological traits? Whatever we learn from T. hookeri serve as a point of comparison for other species in the genus. If we find that multiple sexual/ asexual groups are governed by the same factors, this will suggest that these factors are generally important.

Current graduate student Chris Lee is examining patterns of relationship in the genus as a whole. We are especially interested in using niche modeling approaches, together with phylogenetic hypotheses, to test ideas about patterns of speciation. We want to know what role ecological divergence has played in the diversification of species in this group, and also in governing the distribution of sexuals and asexuals, as noted above.

The situation in this second agamic complex is probably even more complicated than that in Townsendia, for two reasons: First, the polyploids of Townsendia are triploid or tetraploid, while those in Crepis can go higher, perhaps to decaploids (with 10 sets of chromosomes). Second, many of the polyploids in Crepis look like hybrids, combining features of at least two diploids. The existence of so many hybrid types, propagated by asexual reproduction, has produced a bewildering array of morphological types in nature.

As with Townsendia, we are using previous studies to help inform our approach. E.B. Babcock and G. L. Stebbins first documented patterns of variation in this complex, in their 1938 monograph. While that work was often cited, this group of plants was largely untouched until the early 1990s. I studied the group as part of my Ph. D. thesis, despite being warned against it by G. L. Stebbins himself, in his response to a letter I wrote asking for suggestions (interestingly, one of the groups he thought would be more promising was Townsendia – it only took me 10 years to heed his advice). In most ways, his concerns were well founded. While I learned that the group was at least as challenging as Stebbins and Babcock had thought, the tools available at the time of my Ph. D. limited sampling depth, and did not provide any shortcuts to estimating ploidy. So that chapter of my thesis sat on a shelf, but did not gather dust. We have tried to ask some questions, for example in a 2008 paper examining the relationships and breeding patterns of two sets of populations (Whitton et al. 2008), but the big breakthroughs in our understanding are coming through the work of Ph. D. student Chris Sears. Chris has been able to sample many populations (more than 80) and characterize ploidy using flow cytometry, a technique that estimates DNA content of cells. This means that we can now examine complex relationships while knowing the ploidy of each individual under study. For a group in which ploidy variation is well known, this is an essential step in understanding the role that ploidy and breeding system shifts have played in these groups. Chris nearing the completion of his thesis, and will have more to say about this fascinating system soon.

Broader Context of Apomixis Research
Fewer than 1% of plant species are apomictic, but nonetheless, what we learn studying these systems has potential relevance for the other 99% of species. One interesting observation is that Crepis populations very often include more than one species. For the cases that we understand well, it seem that these species can coexist in part because they are asexual – they do not appear to share gene flow, and thus distinct types can be maintained in one place. This suggests that it is interference through breeding, and not ecological interactions (such as competition) that limit coexistence.

In addition, while apomixis is relatively uncommon, polyploidy is a pervasive feature of flowering plants. Studying asexual polyploids can provide broader insights into the role of multiple polyploid origins on patterns of diversification.

Evolution and Ecology of Invasive Plants

In addition to working on these systems, I am part of a research collaboration led by Loren Rieseberg, with Keith Adams and Sally Otto that aims to look for the genetic traits that may enhance a species’ ability to become invasive. This project involves comparisons of invasive and native populations of 5 species in the sunflower family.

M. Sc. Student Jamie Leathem is studying plant invasion in Yukon. While more southern regions have a relatively long history of plant invasions, the spread of invasive in Yukon is more recent. Jamie is documenting this phenomenon and looking for traits that correlate with high local densities. Identification of such traits may aid in predicting invasions and managing or mitigating the spread of invasives

Whitton J, K.M. Dlugosch and C.J. Sears. 2008. Molecular and morphological evidence for and against gene flow in sympatric apomicts of the North American Crepis agamic complex (Asteraceae). Botany 86(8): 877-885. (Invited contribution to the special issue: Plant systematics at the species level)