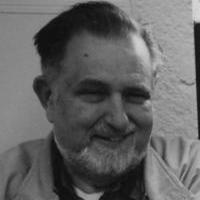 Gil. Hughes was born in Homerville GA, and earned an undergraduate degree in Biology from Georgia Southern University 1953.  Biology was the major but music was never far behind for Gil was an accomplished pianist and had a lifelong love of the works of Rachmaninoff and became recognized as one of that composer’s expert discographers.  He was widely known as one of the world’s experts of the discography.

He fell in love with fungi and obtained graduate degrees in Botany from Florida State University (M.S. 1957; Ph.D. 1959).  After one year as an NSF Research Fellow at the Duke University Marine Laboratory and another as an NRC of Canada Postdoctoral Fellow at UBC, he taught at Kansas State and then at the University of the Pacific in Stockton, CA.  He arrived back at UBC in 1964 and remained until he was appointed as Professor emeritus in 1998.

Like almost all the mycologists whom I have known, Gil’s love of fungi was almost obsessive.  He was known internationally for his work on fungi in marine and estuarine habitats.  For much of his career he was the only Canadian mycologist actively researching fungal pathogens in maricultured invertebrates and marine algae, and working on biodeterioration in Canada’s coastal waters.  Given the ‘new’ interest in marine fungi, bacteria and viruses, Gil clearly was a pioneer for this currently emerging field.  Gil was a meticulous researcher who maintained his own research at the same time as he nurtured his students to follow their own paths.  He published sole-authored and co-authored peer reviewed papers, books and book chapters, and he actively promoted his students to publish alone when single authorship was the right thing to do.  His best known work is the book, Fungal Diseases of Fishes, co-authored with Gordon A. Neish that was later translated into Russian.

Gil was a deeply committed teacher to undergraduates, especially in the first year Biology program.  He served 2 terms as Director and was a strong supporter of real organism laboratory teaching.  He was the founder Plants and Man, later Plants and People, which was one of the courses that were available to 3rd year Arts students but also became a major opportunity for Botany (now Plant Biology) students to see the wider context of Botany in society.  He devoted enormous time to nurturing, rather than directing his graduate students.

Underneath, music was ever-present.  It was almost impossible to visit his lab without a classical musical accompaniment.  It was often Rachmaninoff, but it could just as well have been a powerful symphony or piano concerto that enriched conversation and may well have heightened Gill’s attention that found the right details to notice and interpret under the microscope.

Gilbert, Maryann and their children always made Sylvia and I welcome.  We shared visits to the PNE, ate many meals in Chinatown.  Lunch at the UBC Faculty Club was a time for great conversation as well as putting the university and the world to rights.  Gil loved to cook and every meal that friends enjoyed at the Hughes home was a gastronomic event to remember.
He lived life well.  We will miss him.  Many who were his friends were enriched for knowing him.