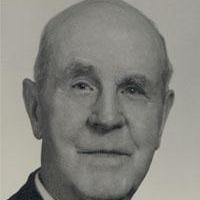 John Davidson differed from most UBC faculty in that he never held any formal university degrees. He was born in Aberdeen, Scotland, to a working-class family. Without money for tuition, Davidson found a back door to higher education by becoming a boy attendant in the botany department at the University of Aberdeen. Davidson assisted in museum and laboratory research work, eventually taking charge of the museum in 1897. With European universities professionalizing, he could not rise any further in the academic ranks and he emigrated to Vancouver in 1911. Minister of Education Henry Esson Young gave him the job of Provincial Botanist the next year, and in preparation for the new university, one of Davidson’s duties was to assemble an herbarium and botanical garden. After some controversy because of his lack of formal qualifications, in 1916 Davidson became UBC’s “demonstrator in charge of the herbarium and botanical garden.” In addition to his academic duties, “Botany John” Davidson distinguished himself as a field naturalist, a popular promoter of science and nature study, and a tireless ambassador for the University. By the time that he retired as an associate professor in 1948, Davidson had also created the Vancouver Natural History Society. The UBC Botanical Garden’s journal, Davidsonia, now bears his name. For more information, see also: http://botanyjohn.org