Do plants have different sexes, meaning distinct male and female individual organisms within a species? The separation of male and female sexual function into different individuals is called “dioecy” and is common in eukaryotes, occurring in 94% of animals. Yes - this occurs in plants but in contrast to animals it is uncommon, occurring in only 6% of flowering plant species.  A recent publication from the research groups of Quentin Cronk, Carl Douglas, and collaborators in the journal Molecular Ecology sheds new light on the evolution of dioecy, with practical spin-offs.

The evolution of dioecy is often accompanied by sex chromosome evolution, and theory suggests that sex-determining loci expand to whole sex chromosomes over time, which are structurally and genetically divergent. For example the mammalian Y chromosome evolved about 170 million years ago and is degenerate (contains very few genes) relative to the non-sex related (autosome) chromosomal pair from which it evolved, and human X and Y sex chromosomes are morphologically distinct and easy to tell apart.

Dioecy is thought to be advantageous by ensuring outcrossing and optimal allocation of reproductive resources, but if so, why is it rare in plants? When present, how and why has it evolved in plants? And, in dioecious plant species, what is the molecular mechanism that tells a male plant to make flowers with only male organs, and a female plant flowers with only female organs? So far, definitive answers to these questions are lacking.

Dioecy has evolved independently in many different flowering plant lineages, and is found in some well-known plants such as papaya, Cannabis, persimmons, asparagus and date palm. In most dioecious plants no discernable sex chromosomes are present, and sex-determining genetic systems are imbedded in areas of reduced recombination in chromosomes that are mostly autosomal (non-sex related). 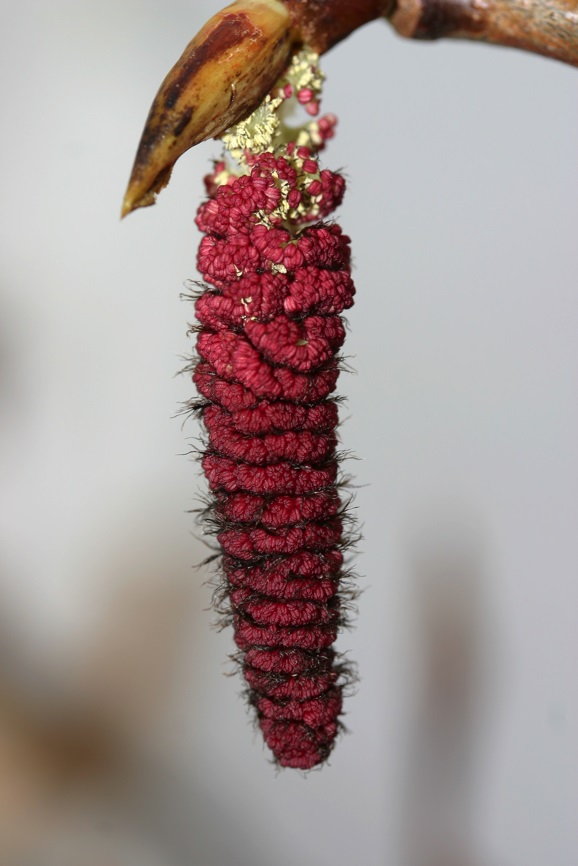 Populus species (poplars, cottonwoods and aspens) are considered to offer an excellent opportunity to study the evolution of sex chromosomes. Populus and Salix (willows), sister genera in the family Salicaceae, are composed exclusively of dioecious species, suggesting a single origin of dioecy around 65 million years ago when the family arose. Confounding such studies, however, “boy” and “girl” poplar trees are impossible to tell apart (they lack any obvious sexual dimorphism) until they reach sexual maturity and begin to flower at age 5 to 8. Also poplars and willows lack sex chromosomes and the exact location of the poplar sex-determining region, as well the genetic basis for dioecy in this group, has remained unknown. This frustrates poplar breeders who can’t tell which trees they can mate for over 5 years of growth, and makes it difficult to control the sexes of poplar trees planted in plantations (e.g. females can produce huge amounts of undesirable cottony seeds and it may be desirable to restrict their numbers) or to study the mechanism of sex determination on poplars and the suspected ecological and physiological differences between the poplar sexes.

Four postdoctoral fellows/research associates working with Department of Botany professors Quentin Cronk and Carl Douglas, together with a number of other collaborators at UBC (in the Genome Canada/Genome BC-funded POPCAN project) and from other institutions, recently collaborated on major breakthrough study of plant sex in a paper published in Molecular Ecology (Geraldes et al., 2015). Using collections of black cottonwood, or poplar, (Populus trichocarpa) trees grown at UBC’s Totem Field, and of balsam poplar (P. balsamifera) trees grown at the Agriculture and Agri-Food Canada Agroforestry Development Centre, Indian Head SK as their study organisms, Drs. Armando Geraldes and Charles Hefer employed genomic and population genetic approaches to pinpoint the genetic position that determines sex in these tree species. Drs. Armando Geraldes and Arnaud Capron used this information to devise a simple but elegant DNA-based assay to accurately determine the sex of any tree of these and related species before they are old enough to flower, or during most of the year when they are not flowering. Dr. Natalia Kolosova coordinated the isolation of over a hundred poplar DNA samples that went into the analyses.

The new information from the UBC Department of Botany team locates the poplar sex-determining region to a single small genetic locus, near its previously suspected chromosomal position. This was accomplished by comparing the full genome sequences of 68 poplar individuals, generated by the POPCAN project, that had started to flower, and by identifying genetic differences in these genomes (Single Nucleotide Polymorphisms, SNPs) that strictly correlated with sex in the same trees. This work shows definitely that, like mammals, poplars use an XY system to determine sex (females are XX, males are XY), and that the region displays a hallmark of sex-determining loci: strongly suppressed recombination (to maintain the integrity of X and Y regions of homologous chromosome pairs that would otherwise be broken up by recombination over multiple generations). There were several surprises in the work – one being the apparent very small size of the poplar sex locus (about 100,000 DNA base pairs, comprising only 13 genes). This is very much smaller than predicted, since theory suggests that over evolutionary time, such loci should expand, eventually to encompass whole chromosomes – and poplars have had plenty of time. Surprisingly, the age of the poplar sex locus was dated at about 6 million years based on the molecular clock, much younger than the presumed origin of dioecy in the Salicaceae (65 million years), indicating either it must have either independently ‘arisen’ several times, or that it has undergone rapid evolution, or “turnover” as documented in many animals. Consistent with both possibilities, while the sex locus is conserved in other poplars and cottonwoods (eastern cottonwood from North America and black poplar from Europe), it is distinct from the sex determining loci recently described for aspen and a willow species, which are also in the Salicaceae.

These mysteries, and the questions of which gene or genes in the poplar sex-determining locus could specify sex after a 5 to 8 year juvenile period and how different combinations of X and Y alleles of this gene(s) in the sex locus lead to development of distinct male or female flowers, will be the subject of future research. In the meantime, researchers can now determine the sex of any poplar tree of any age from which a small amount of DNA can be isolated (e.g., from a small leaf sample – analogous to a human blood sample), opening the door to commercial applications and to new studies on the ecology and biology of sex in wild populations of poplar trees.

This article is featured as a 'From the Cover' paper, a Molecular Ecology section that contains papers of exceptional interest to a wide audience that address significant questions in ecology, evolution, behaviour or conservation.
http://onlinelibrary.wiley.com/doi/10.1111/mec.13126/epdf