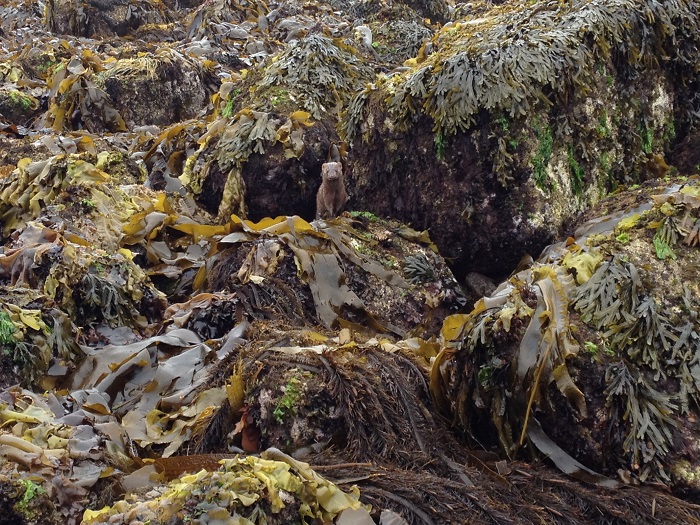 It is estimated that we have described only 10-20% of species diversity on Earth.  In particular, floristic surveys using modern molecular techniques have revealed that we are vastly underestimating the number of seaweed species.  This finding has implications for researchers using classical methods of identification and is likely complicating studies of ecology and physiology.

At the Hakai Institute, on Calvert Island along the central coast of British Columbia, Drs. Katy Hind, Sandra Lindstrom, and Patrick Martone are using an integrative approach that combines genetics, ecology, biogeography and historical DNA to accurately assess species diversity. Over the last 5 years, more than 220 species of seaweeds have been documented from this region, from microscopic filaments to large habitat-forming kelps. In particular, they have described over 38 species of calcifying red algae, called coralline algae, which play a key role in the ecology of marine ecosystems and have been used increasingly in studies of climate change, ocean acidification and historical sea ice coverage.  Coralline algae dominate the ocean floor in rocky subtidal habitats and comprise a large portion of the kelp forest understory. 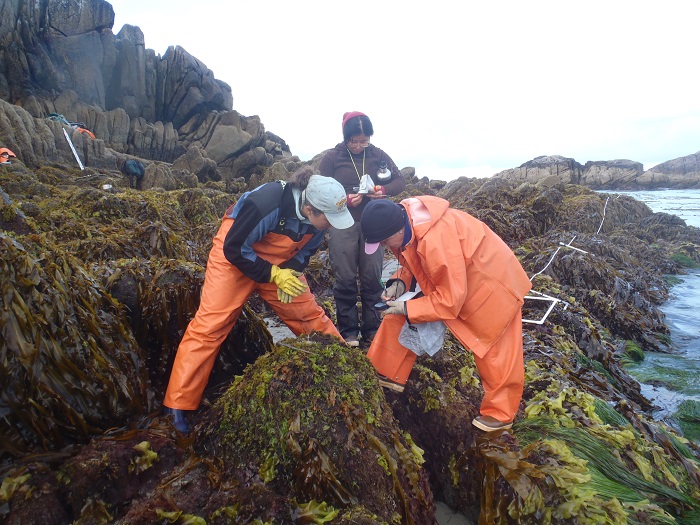 In a recent study Hind and Martone documented three new coralline algal species from Calvert Island, including one that they named after the Hakai Luxvbalis Conservancy region (Bossiella hakaiensis sp. nov.) where robust and abundant collections of this species were made.  In addition, they confirmed using DNA from collections made over the last 100 years that at least three species in the genus Bossiella are widely distributed from Baja California to Alaska. 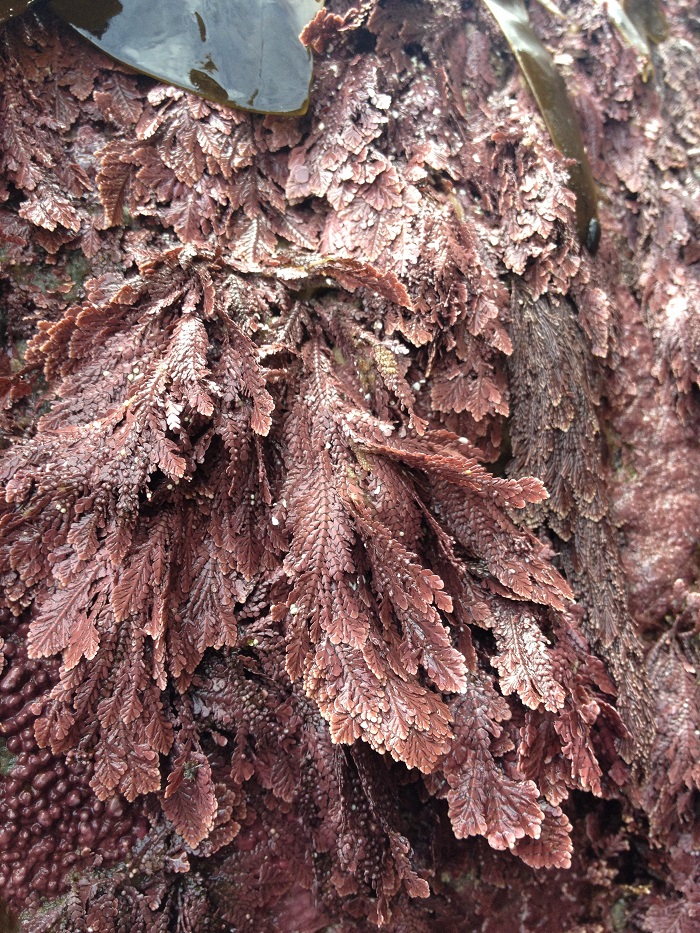 Hind and Martone plan to continue their research at the Hakai Institute and focus their efforts on the coralline algae that make up the understory of the kelp forest ecosystems.  Kelp forests are highly productive ecosystems that act as nursery grounds for juvenile fish and food and habitat for many marine species.  The Pacific sea otter, Enhydra lutris, in particularhas strong connections with kelp forest ecosystems as they forage on invertebrates (especially sea urchins) in this habitat.  Where sea otters have been present, they have kept the sea urchin population in check and the kelp forests flourish.  However, where the sea otters are absent (either due to migration or human interactions) the sea urchin populations have exploded and consumed much of the kelp, leaving only a ‘pavement’ of robust coralline algae in their wake.  The species diversity of coralline algae that persist and flourish under such intense herbivory is completely unknown, but may be higher than previously thought. 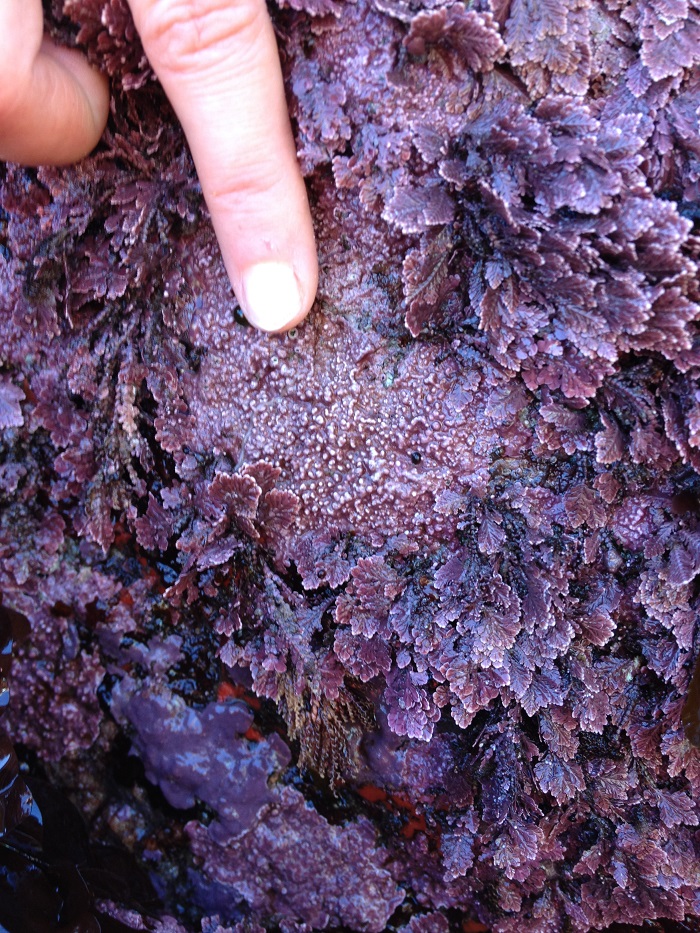 Hind and Martone plan to study the relationship between kelp density and coralline algal diversity across a gradient of otter occupation in central British Columbia with sample sites ranging from established kelp forests to urchin ‘barrens’. Their study will uniquely incorporate the use of molecular tools to accurately identify coralline algal species.  This research has broad implications for understanding ecosystem dynamics and for ecologists worldwide who are striving to understand the resilience of coralline-dominated communities.