Occam’s tree: the simple way that trees and other plants move billions of tons of lignin 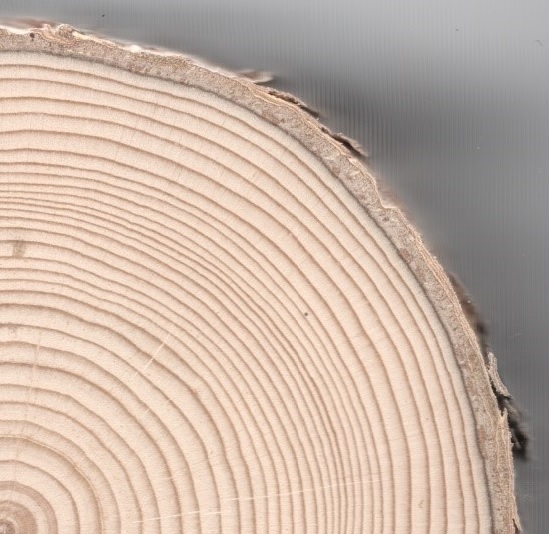 Article by the Samuels lab

Trees and other plants need strength to stand upright and move water effectively from their roots to their leaves. That strength comes from the cell walls that plant cells build around themselves as they grow. Cell wall material makes up most of the mass of plants. Trees that live for many years form more and more cell wall material every year, while retaining the material from previous years, resulting in considerable accumulations of mass, carbon, and useable materials in the form of timber. Along with cellulose, lignin is an important component of those walls. Lignin is made of large polymer molecules that are made piece by piece through the addition of monomers known as monolignols. 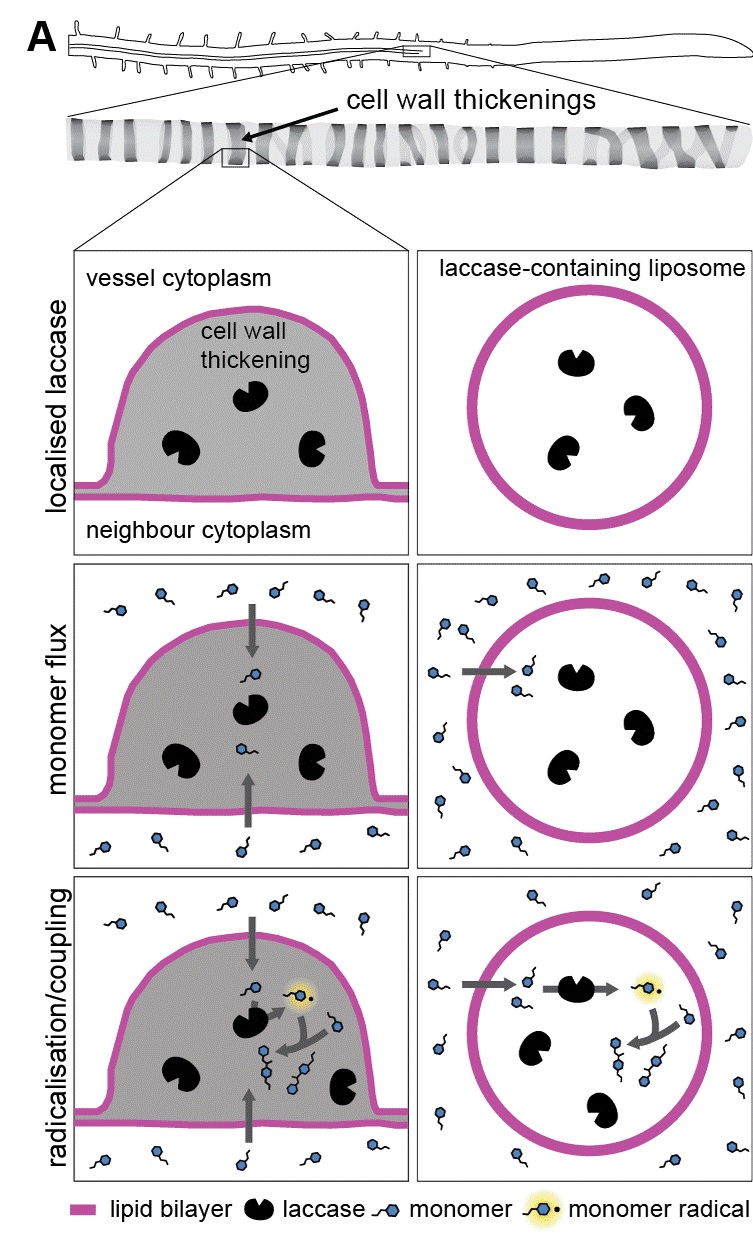 The mystery of monolignol movement
Billions of tons of lignin are made by plants every year, yet how monolignols go from inside of cells, out into the cell wall to form lignin, was a mystery. Monolignols are made inside of cells, but are exported to the cell wall to form lignin. Various explanations of how monolignols cross cell membranes have been proposed over the years, but conflicting and inconclusive evidence meant that the mystery lived on.

The answer: sink-driven diffusion
In his PhD dissertation, Mendel Perkins solves this mystery with a simple explanation: monolignols simply diffuse out of the cell, and quickly get crosslinked into lignin, creating a ‘pull’ for more diffusion. To test this, collaborators at the BC Cancer Research Centre made artificial membranes called liposomes that contained monolignol polymerizing enzymes called laccases. Those liposomes are similar to the lipid particles used to deliver mRNA to human cells in COVID-19 vaccines. The liposomes modelled a living cell but simplified the system to isolate the roles of polymer formation and the resulting diffusion. These experiments demonstrated clearly that monolignols can diffuse across a membrane provided there is a source on one side and a sink consuming them on the other. However, just because something can happen, doesn’t mean that it does happen.

What Perkins needed was a system to test the behaviors of monolignols in living cells. Lignin and related phenolic molecules glow with florescence under ultra-violet light. Using this auto-fluorescence, the lignification process could be watched in living cells using multi-photon microscopy. These experiments showed that monolignols flowed to the cell wall in proportion to the strength of the polymeric lignin forming, consistent with hypothesis of sink-driven diffusion.

This work was a collaborative effort between the Samuels lab in Botany, the Mansfield lab in Forestry, the Castellarin lab in the Wine Research Centre and the Bally lab at the BC Cancer Research Centre.

Picture 1: Cross section of a Black Spruce (Picea mariana) tree. The rings form annually from the accumulation of cell wall material made up of lignin and other materials.

Picture 2: Liposomes containing lignin polymerizing laccase enzymes model the lignifying regions of plant cell walls. Over time, lignin monomers pass through the membrane, reach the laccase enzymes and form polymer. The net effect is a significant one-way movement of monolignol monomers from one side of the membrane to the other.

Picture 3: Autofluorescent signals in Arabidopsis roots allowed for the visualization of the disrupted distribution of lignin and related phenolic molecules in response to disruptions to the polymer forming capacity of cell walls. These observations support the diffusion-based transport hypothesis for lignin monomers.