Mapping a species niche and its distribution 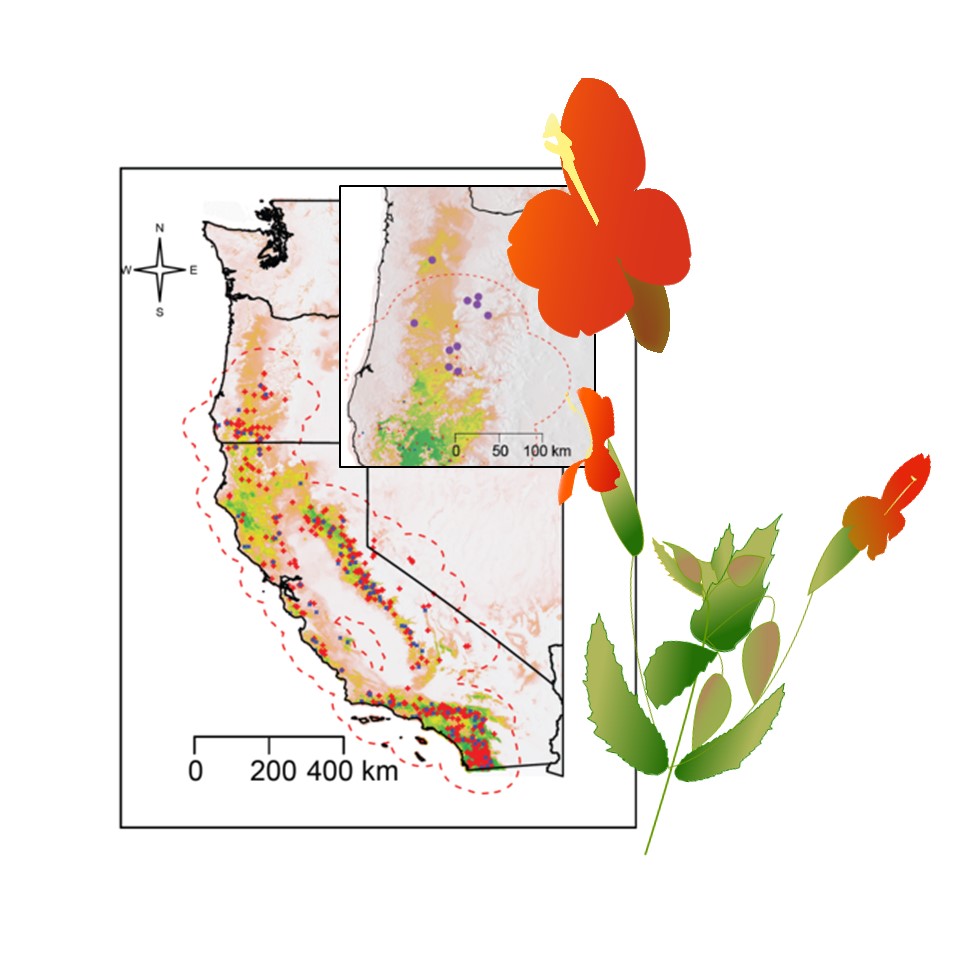 A current important area of research effort involves understanding how species’ geographic distributions and range limits will respond to climate change. But for most species of interest we lack basic data on how their fitness changes along climatic gradients. In many cases distribution data from atlases, herbarium specimens and vegetation surveys represent our best understanding of a species climatic niche (its range of tolerable conditions). Using these records we can then develop correlative relationships with key environmental variables and project these relationships into the future under different climate change scenarios.

This framework is widely used but a major challenge with this correlative approach is that we make the assumption that species’ distributions and their range limits are set entirely by their physiological limits. This assumption is routinely violated in wild populations. For example, in some cases areas beyond the range limit of a species might have high climatic suitability for growth and survival, but a species may fail to occupy these localities because of their inability to disperse seeds and reach these areas. Conversely, in some situations, a species may be present but only as a temporary resident (a sink populations) in a climatically unsuitable area.

Ideally we would like to know a population’s growth rate (the finite rate, lambda) at each site. We can estimate growth rates from large scale demographic surveys (birth and death statistics) of wild populations. Field transplants within, and beyond, a range limit are also invaluable as a means to test for dispersal limitation and experimentally validate the assumptions of our models. Unfortunately both broad scale demographic surveys and field transplant studies involve herculean effort, and in many cases are extremely difficult or impossible.  This often drives us back to a reliance on data from atlases, herbarium specimens and vegetation surveys.

In the Angert lab group at UBC we have been working with the riparian herb Mimulus cardinalis (the scarlet monkeyflower) as a case study system to compare predictions from correlative niche models with experimental field studies. Earlier studies that transplanted the species along its elevational range limit found a sharp fitness decline beyond its upper elevational range limit consistent with niche model predictions, but wild populations growing near the upper elevational range limit did not necessarily have lower fitness. From demographic surveys across the entire latitudinal extent of this species, it has been difficult to associate population performance with climatic suitability inferred from the niche models. Last summer we carried out a field transplant study along the species northern range limit and preliminary results seem to provide evidence for dispersal limitation. By integrating results from field experiments and population ecology we can understand scenarios that may lead to faulty predictions from correlative niche model. We can then develop approaches for other species to make more accurate forecasts of range shifts with climate change. 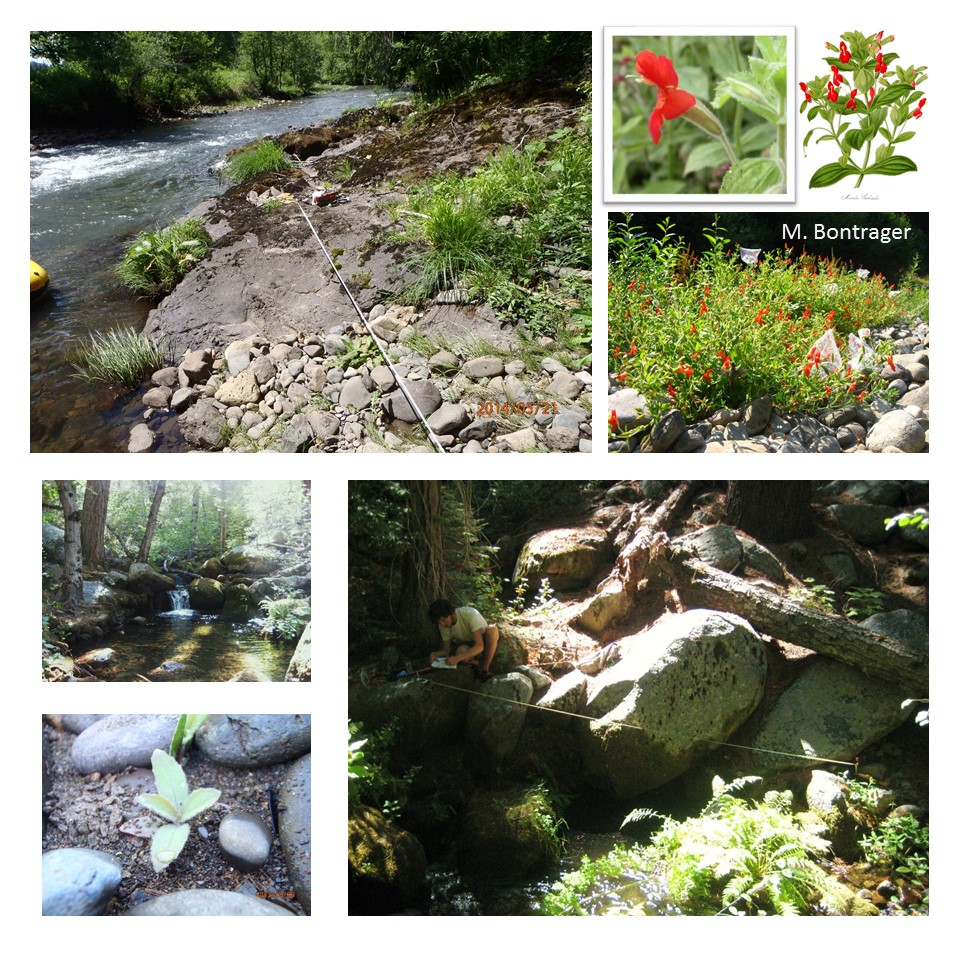