Factoring in the human element 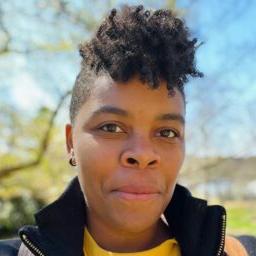 “Science is influenced by people, people are influenced by science,” says Dr. Alex Moore, whose current research is on predator-prey interactions in mangrove forests throughout the tropics. But after moving to Vancouver this summer to begin their UBC career as a professor in Botany as well as Forest and Conservation Sciences, Dr. Moore expects to take on conservation and restoration projects along the B.C. coast as well.

Dr. Moore’s approach to studying ecology moves beyond the scientific questions to involve the people who live in the community where the research takes place, or have a vested interest in what happens there. For example, in their nascent research in American Samoa their work considers the islanders’ traditional ecological knowledge and stewardship practices. The input influences how Dr. Moore’s research is conceived, conducted, and how the findings are applied to ecosystem management policies.

“It's important that my work be inclusive and meaningful and exist beyond academia,” Dr. Moore says. “UBC wants your science to be actively applied and have measurable impact. It's nice to be joining a collective of people who have that high on their list of priorities.”

Mangrove forests are found where the ocean meets the land and are among the most diverse ecosystems on Earth. They provide shelter for shellfish, shrimp, birds, crabs, and fish as well as serving as carbon sinks and protecting against soil erosion. Despite the forests’ importance to creatures and humans alike, there are significant knowledge gaps around how these complex ecosystems function, gaps that have implications for conservation and restoration efforts. Dr. Moore’s work calls for a more holistic appraisal of ecosystem health, including incorporating social and cultural elements.

“The human component is always there,” Dr. Moore says. “I think it has a level of importance that we've historically excluded from our research within ecology and evolution. If we want to truly understand ecosystems, we need to include the knowledge and values of the communities that have shaped and interacted with these environments.”

Those values of inclusion and equity extend beyond Dr. Moore’s research to their teaching, which is geared towards making the classroom a space in which all students can actively engage in their learning.

“In all of my courses, I make it very clear from the very beginning that we'll be talking about science, but we’ll also be recognizing that science informs all of these other social cultural elements and that those things in turn inform how we think about and how we do science. That allows students to see science as it fits within this broader picture of how things work in the world.”

Dr. Moore is looking forward to co-teaching their first UBC class (Conservation Biology BIOL 416) in January 2023, but there was a time when they couldn’t imagine teaching science in a university. As they neared the end of their PhD program in forestry and environmental studies at Yale University, Dr. Moore had no interest in teaching and was unsure about pursuing postdoctoral studies.

“A lot about academic culture was very off putting to me. Academic institutions aren’t generally designed to help everyone who enters them to be successful. There are certain kinds of people who have historically found success, and there are others who haven't.”

Dr. Moore’s queer identity hasn’t presented a hurdle to their academic career although it’s something that they’ve been open and explicit about their entire career.

“It's really important, especially for youth, to be able to identify with their mentors or their teachers,” Dr. Moore says. “That was something that I didn't have growing up. I could maybe clock a queer professor, but I would never have known for sure without asking directly—which is something I would never have done.”

Despite their uncertainty, Dr. Moore applied to a postdoctoral program with the American Museum of Natural History in New York. The program was appealing because as well as research, it called for teaching conservation biology to high school students in the museum's after-school program. Dr. Moore also reviewed the museum’s science curriculum to incorporate diversity, equity, inclusion, and justice narratives and activities, into the content.

“What got me excited was being around people who wanted to make sure that communities that have historically been marginalized can find space and support within these institutions. I found myself entering places where people were more willing to acknowledge the faults that exist in the current system and try to find ways to address those faults.”

“When you're in the system, you don't really know what it's like until you leave it and then you really can reflect on it,” Dr. Moore says. “Moving to Canada might just give me a bit more perspective on what my life as an American has been like. My goal, on a personal level, is to become more aware of where I'm from, and also the ways in which that shapes how I experience the world.”