The 'Engineering' Behind Hybrid Trees 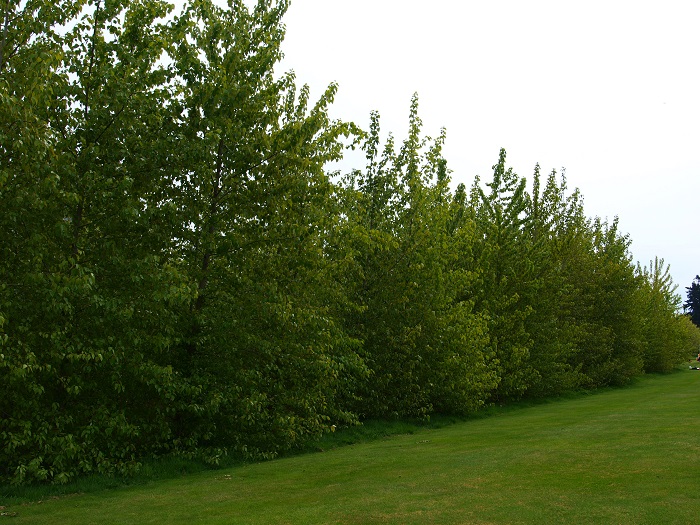 If you are reading this article, then you survived your birth, acclimated to rainy and cold weather and have successfully battled a number of flu viruses. The same happens in trees, but because plants are stationary and can’t move, these issues are even more extreme. When a seed lands on the soil it has two options:  survive or die – it can’t move to a more favorable environment.  Just as hybrid cars use two or more distinct power sources to move the vehicle (usually a combination of an internal combustion engine and an electric car), so some tree species can form hybrids when two different species cross. Also like hybrid cars, hybrid trees are beneficial and could help mitigate the effects of climate change. Hybrid trees grow faster than their parents and are more resistant to extreme environments (this is called ‘hybrid vigor’). Thus the hybrids have better survival which makes them attractive to the forestry industry where they can be used for carbon sequestration and biofuel production. However, to make this a reality and to select the best hybrid varieties we need to understand why hybrid trees perform better than their parents. For hybrid cars, we understand their engineering and why they are environmental friendly and efficient. But when it comes to the ‘engineering’ behind hybrid trees, it is not so clear. By investigating their genomes and the letters in their DNA we will find interesting clues to better understand hybrid vigor.

I studied the genome of 200 trees from two species of trees that form hybrids: black cottonwood (Populus trichocarpa) and balsam poplar (P. balsamifera). In 3 chromosomes, from beginning to end, I searched each letter of DNA and found a special segment of the genome that caught my attention. I found this segment in black cottonwood but it originated from balsam poplar. In addition, this segment of the genome was loaded with genes and information crucial for survival and adaptation. It was interesting to discover how choosy black cottonwoods are; while mating with balsam poplars they keep the ‘good’ balsam genes. Are black cottonwoods actually selecting this region of the balsam genome? Black cottonwood grows from California, where is warm, to Alaska, while balsam poplar is found at higher latitudes from Alaska to Newfoundland, where winters are long and harsh. So the question arises if black cottonwoods with balsam genes are more resistant to cold compared to black cottonwoods without these balsam genes? This is the question I will be addressing in the upcoming months. I also plan to explore the 85% of the genome from these two poplars patiently waiting for me in my computer; so far I have analyzed 3 of the 19 chromosomes present. The results of this research will advance our knowledge in understanding why hybrid trees perform better than their parents and help us optimize tree plantations in the face of climate change.

Figure 2. Phenotypic variation in Populus trichocarpa from northern and southern locations. Trees from the north (left) lose their leaves earlier in the fall compared to trees from southern populations (right). This could be an adaptation to earlier winters at higher latitudes. 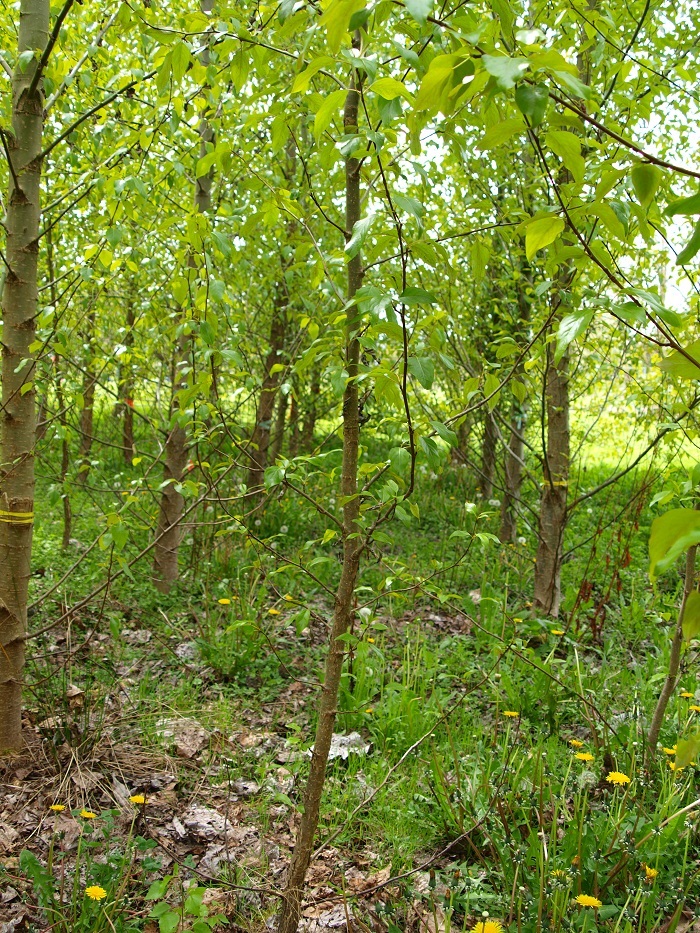 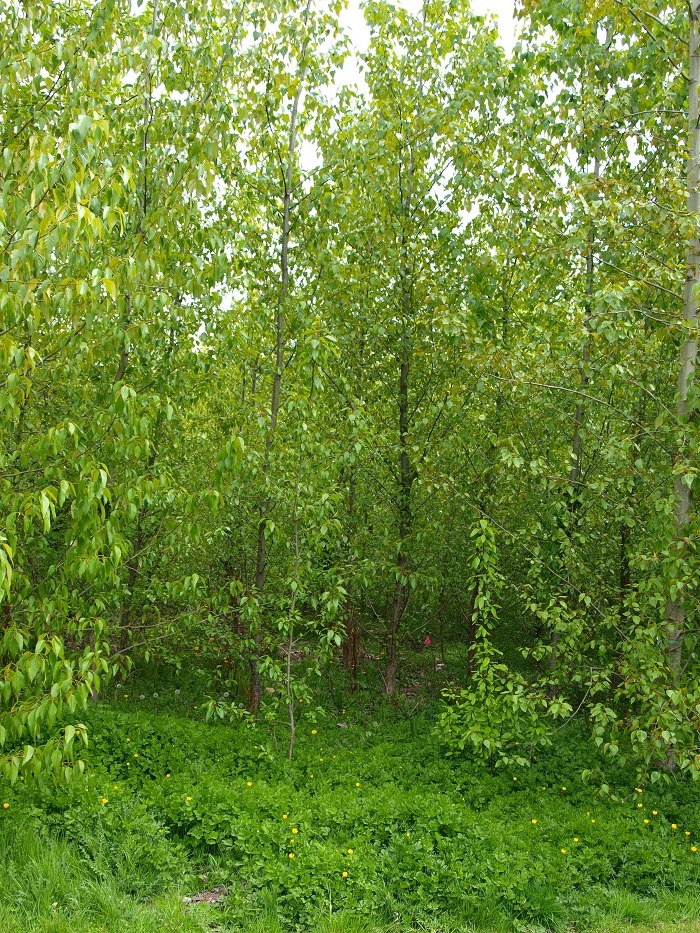 Figure 4. During May and June I visited the Populus trichocarpa Totem Field collection at UBC field and sampled young leaves, froze them in liquid nitrogen and brought them back to the lab to extract DNA.