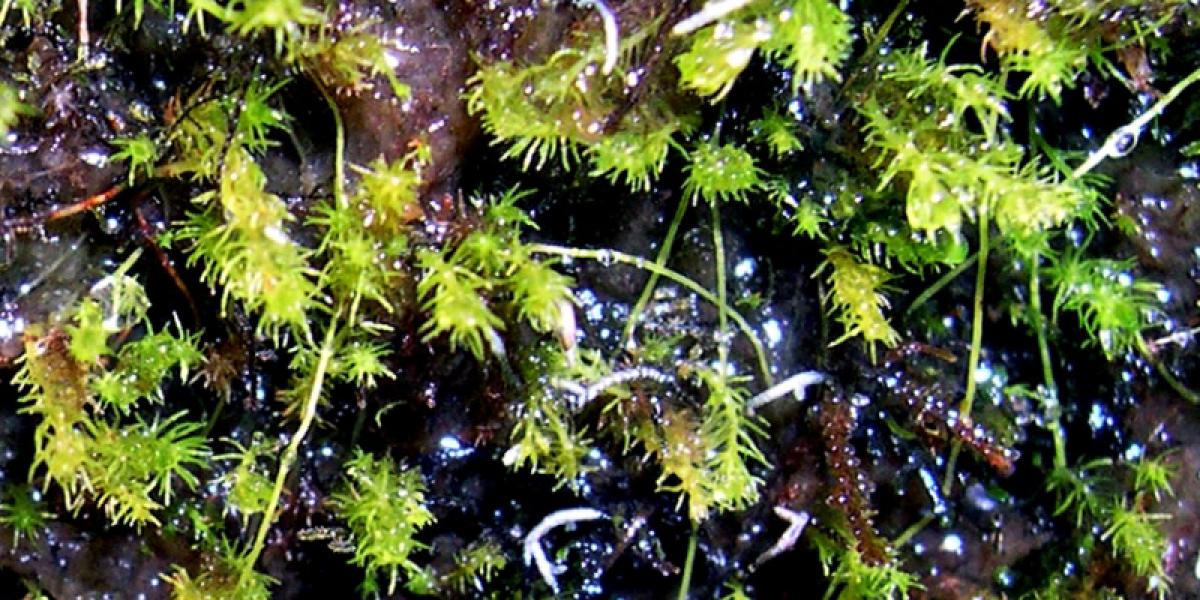 An international team of researchers have completed a massive effort to sequence genes from more than 1,100 plant species—an undertaking that saw UBC botanists collect rare mosses from remote corners of BC, and travel to the South Pacific to collect parasitic plants.

"One of the crucial samples we wanted to include was a parasitic conifer shrub, Parasitaxus, which lives by feeding off fungi and another conifer," says UBC botanist Sean Graham, who coordinated collection of 300 species for the One Thousand Plant Transcriptomes Initiative (1KP). "Instead of using sunlight to fix energy through photosynthesis, it behaves like a plant vampire."

It was a particularly challenging sample to collect, says Graham. "Local colleague Adrien Wulff collected it from the field in New Caledonia and we set up an international supply chain to bring our frozen sample from the South Pacific, through the US, and on to Shenzhen, China, where the plant transcriptomes were sequenced. Our vampire plant was a very well-seasoned traveller!"

Our study confirms that the 'impossible' moss defines one of the two earliest branches of moss evolution.

Many of key plant species belong to moss families and were found closer to home, including the UBC campus. But collecting British Columbia’s so-called 'impossible moss' (Takakia lepidozioides) involved a boat trip and some wading up Jervis Inlet, to reach the southern-most population of this BC moss.

"It seems a bit mad to do an expedition to get this one moss, but it was a key plant to include. Takakia is a kind of living fossil that blends features with other ancient branches of plant life," says Graham. "Our study confirms that the impossible moss defines one of the two earliest branches of moss evolution."

The findings, published today in Nature, reveal the timing of whole genome duplications and the origins, expansions and contractions of gene families contributing to fundamental genetic innovations enabling the evolution of green algae, mosses, ferns, conifer trees, flowering plants and all other green plant lineages. The history of how and when plants secured the ability to grow tall, and make seeds, flowers and fruits provides a framework for understanding plant diversity around the planet including annual crops and long-lived forest tree species.

"In the tree of life, everything is interrelated," said Gane Ka-Shu Wong, lead investigator and professor in the University of Alberta’s Department of Biological Sciences. "And if we want to understand how the tree of life works, we need to examine the relationships between species. That’s where genetic sequencing comes in."

UBC researchers provided 60 plant samples to the study from across British Columbia, including 30 from UBC Botanical Garden.

"UBC Botanical Garden has fantastic collections of wild plants from around the world, including species from the from southern hemisphere," says Graham. "This study underscores the importance of maintaining strong research collections around the globe, not only for scientific purposes, but as a way to conserve biodiversity."

Students also helped out by growing fern species as part of undergraduate labs in the UBC biology program.

"Our inferred relationships among living plant species inform us that over the billion years since an ancestral green algal species split into two separate evolutionary lineages, one including flowering plants, land plants and related algal groups and the other comprising a diverse array of green algae, plant evolution has been punctuated with innovations and periods of rapid diversification," said James Leebens-Mack, professor of plant biology in the University of Georgia Franklin College of Arts and Sciences and co-corresponding author on the study.

"In order to link what we know about gene and genome evolution to a growing understanding of gene function in flowering plant, moss and algal organisms, we needed to generate new data to better reflect gene diversity among all green plant lineages."

The study inspired a community effort to gather and sequence diverse plant lineages derived from terrestrial and aquatic habitats on a global scale. Over 100 taxonomic specialists contributed material from field and living collections that from around the world, including Canadian collections from the University of British Columbia Botanical Garden and the University of Alberta. Links to some of the UBC living plants used in the study are posted at the UBC Botanical Garden.

By sequencing and analyzing genes from a broad sampling of plant species, researchers are better able to reconstruct gene content in the ancestors of all crops and model plant species, and gain a more complete picture of the gene and genome duplications that enabled evolutionary innovations.