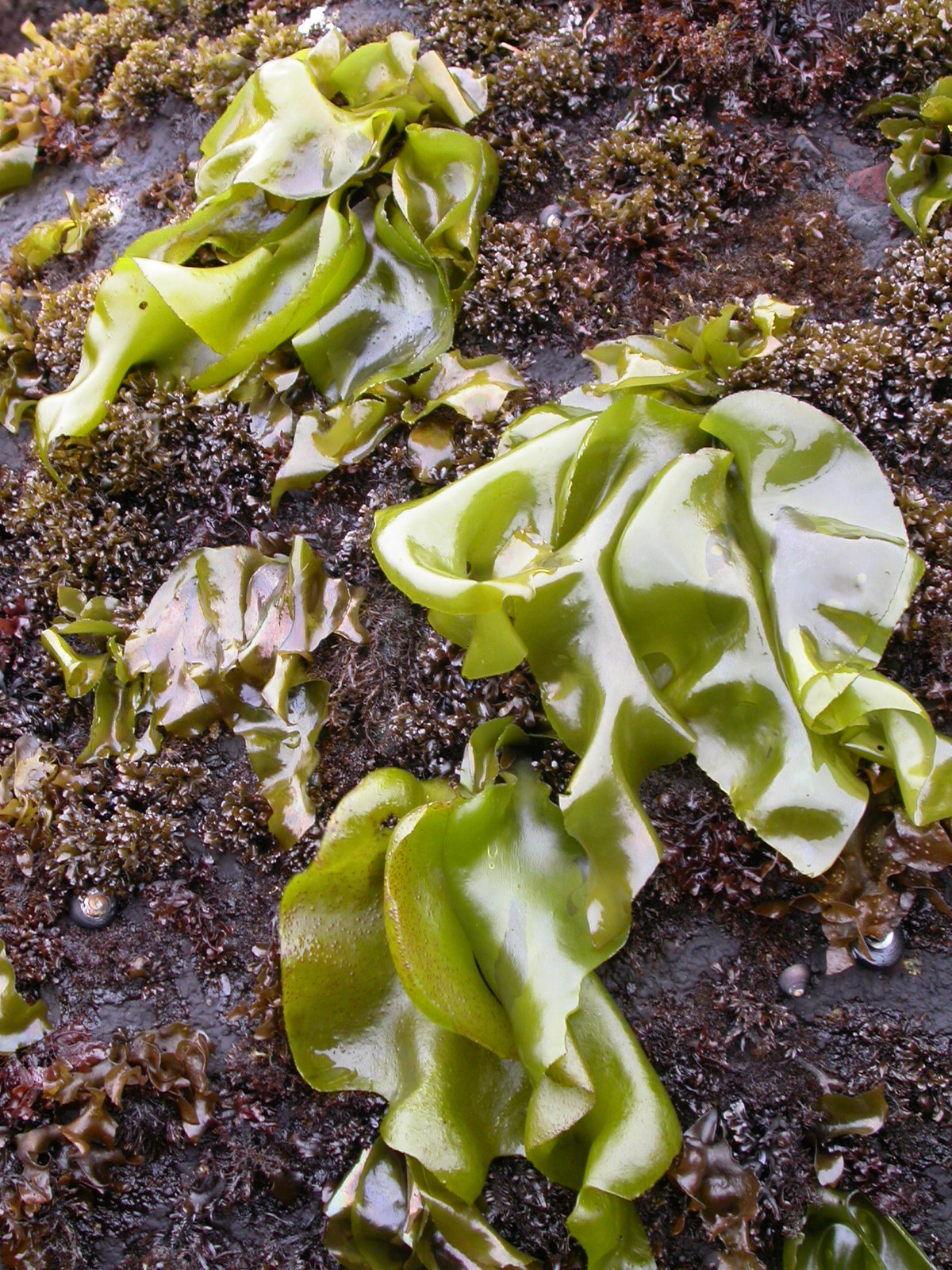 What physical factors influence the morphological variation of plants? How do different morphologies coexist, if they perform similar ecological roles? Marine, non-vascular plants (seaweeds) live in some of the most physically stressful habitats on the planet: wave-swept rocky shores. Seaweeds are constantly bombarded with powerful waves that can rip them off the rocks, causing death and providing an effective source of selective pressure for organisms that live under these conditions. Branching (i.e. the splitting of a frond into two or more parts) has evolved repeatedly in many different seaweed lineages, as a mechanism of thallus elaboration, suggesting a common selective advantage to such a form; however, this morphological diversification may come at a cost.

In our recent paper (Starko, S., Claman,B.Z. and P.T. Martone. 2015. New Phytologist, 206 (1) 133–140) we explore selective pressures acting on the morphological evolution of seaweeds.  We created artificial seaweeds that were identical in “photosynthetic” area, cut from latex, and modeled after real branched and unbranched plants to quantify biomechanical differences between these ubiquitous (at least among seaweeds) forms. We showed that branching, even in two dimensions, significantly increases drag on model seaweeds in flow, potentially increasing the risk of dislodgement under crashing waves. Branched forms experienced greater drag at all test velocities, even after accounting for the ability of the seaweeds to fold up in flow. These results suggest that branching may have significant biomechanical consequences. So how do branched and unbranched seaweeds survive side-by-side on wave-swept shores? 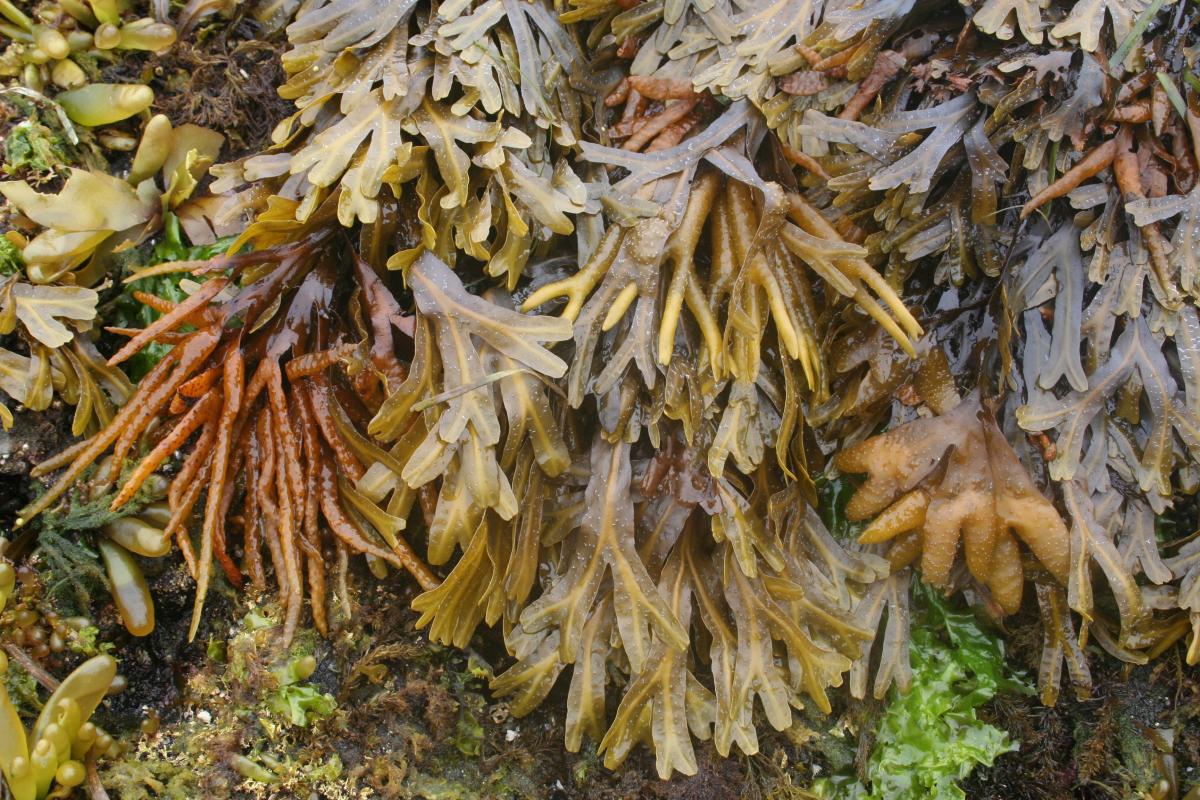 By conducting a broad-scale meta-analysis, we further showed that real branched seaweeds attach more firmly to the substratum than unbranched seaweeds of similar size. And this pattern held true over 4 orders of magnitude size, from small seaweeds the size of your hand to 30-meter long giant kelps.  This likely allows branched seaweeds to tolerate these increased forces and live along-side weaker, more streamlined forms. Interestingly, this trend was found regardless of phylogeny and differences between branched and unbranched forms were demonstrated for both brown (Heterokontophyta, Phaeophyceae) and red (Rhodophyta) algal phyla, suggesting that the conclusions of this study are a result of a biophysical phenomenon and not an artifact of organism relatedness.

Our study begs questions about the advantages to branching. Given the “cost” of compensating for increased drag with increased attachment, it seems likely that branching must be advantageous in some other regard. Branching may allow seaweeds to better respond to their environment, as it can allow them to adopt wider range of shapes and possibly supply some species with a greater ability to fine-tune their own morphological structure. Additionally, loss of individual branches by wave action may be less devastating to plants than the loss of an entire unbranched blade. Finally, branching can be associated with an increased surface area to volume ratio, which may increase nutrient transfer and improve rates of net primary production. Given these advantages, our study may explain how branched and unbranched seaweeds coexist, and why both morphologies, not just one, are so abundant across the phylogenies of different seaweed lineages.