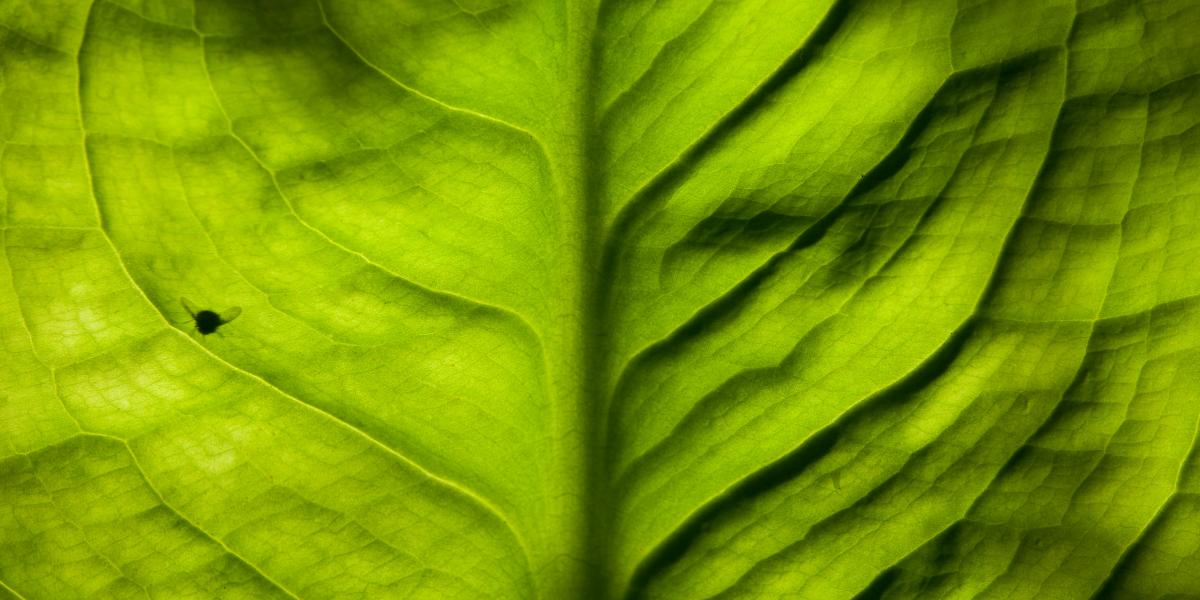 “Nature’s primary means of sequestering carbon relies on photosynthesis,” says Dr. Jeannette Whitton, a botanist at the University of British Columbia (UBC) and an author of the paper published in the Proceedings of the Royal Society B.

“Many of our current global models emphasize leaf traits in determining how well a particular species of plant life will act as a carbon sink—but our analysis indicates that approach might have real limitations.”

Over evolutionary timescales the study found changes in biochemical and leaf traits are not tightly linked to changes in photosynthetic capacity – the plants ability to gobble up carbon.

A common way of thinking about leaves involves recognizing that plants have limited resources that they must use to live and grow. How the plant partitions these resources tends to reflect the properties of the plant.

The leaves of most crops and fast-growing weeds have large surface area relative to their mass, which is generally thought of as fast return on investment. They provide lots of surface for photosynthesis, but the leaves often last just one season. Conversely, compact, more robust leaves, like the leaves of evergreen plants, are considered a longer-term investment for capturing CO2.These leaves provide lower rates of photosynthesis in the short term, but are built to last.

But the study suggests that these traits aren’t good predictors of how photosynthesis varies on evolutionary timescales across plant life. The researchers measured biochemical (nitrogen and carbon concentration) and morphological leaf traits (leaf area, leaf mass per area) as well as the photosynthetic capacity of 111 diverse species of plants at Vancouver, Canada’s UBC Botanical Garden and the VanDusen Botanical Garden. Over evolutionary timescales (millions of years) the study found changes in biochemical and leaf traits are not tightly linked to changes in photosynthetic capacity – the plants ability to gobble up carbon.

“Knowing that there is likely variation among groups of plants in these more direct measures of photosynthesis might allow us to guide work aimed at engineering plants with higher rates of carbon assimilation,” adds Dr. Whitton, a researcher with the Department of Botany at UBC. “Much more could be done to explore the potential, for example, of replanting forests with tree genotypes with higher photosynthetic capacity, or growing crops that are more efficient at capturing carbon.”

The study was only possible because botanical gardens gather together a wide diversity of plants in one location, allowing the researchers to carefully measure leaf traits and corresponding photosynthetic capacity under almost identical environmental and climatic conditions for many species that don’t grow together in nature.

“Plants don’t all live in the same place or experience the same environment, so it’s quite difficult to systematically document genetic diversity in plant photosynthesis,” explains Barbara Neto-Bradley, first author on the paper.

“If you were looking at a swordfern in Vancouver and a cork tree in southern Portugal, it would be challenging to say how much of the difference in photosynthesis is caused by genetic differences between the two plants, versus differences caused by environment (higher levels of light or temperature in one place versus another). Botanical gardens provide an ingenious solution to this problem.”

Using the plants in the botanical garden allowed the researchers to take what they call a macroevolutionary common garden approach--sampling diverse species representing more than 400 million years of evolution. They found that the photosynthetic traits showed evidence of constraint over about 100 million years of evolutionary time, but not beyond this. This means, for example that while there are differences among groups of plants, more closely related groups are more alike in the photosynthetic traits.

“This study also shows the value of bringing together perspectives and methods from different scientific fields -- in this case, plant physiology and phylogenetics,” says Dr. Matthew Pennell, senior author on the paper and a researcher with the UBC Biodiversity Research Centre.